Unpublishing House
After completing my Masters thesis on the impossibility of unpublishing anything from the internet, I developed my research into a social experiment during my graduation show. By builiding up a bar at the graduation venue, I enticed attendee’s with free drinks, in order for them to indulge in the drinks they were requested to fill out a personality test. The majority of attendees responded positively to the opportunity of free alcohol, and only 2 or 3 people refused to take the test, the rest ignoring the terms and conditions before submitting. This project came just 3 months after the Cambridge Analytica revelations, where over 80 million facebook users data was allegedly used to influence the elections. At the end of the evening pictures of the attendees faces, which were secretly captured as they submitted the test, as well as other personal data was published on a ‘facebook’ (Fake Facebook) page, following an apology speech I performed using Mark Zuckerberg’s words from his Testimony to Congress. 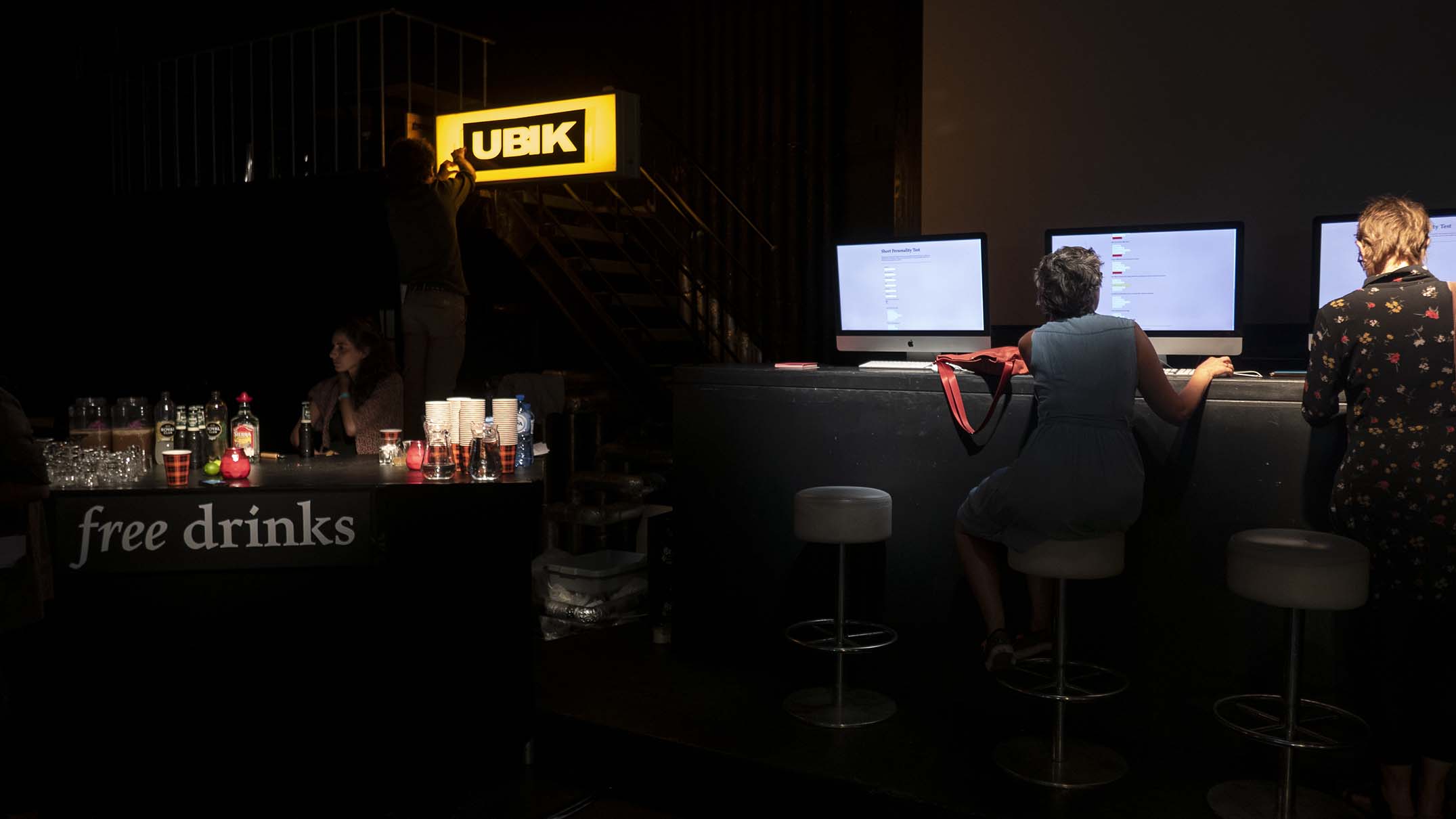